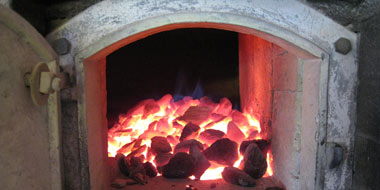 Believe it or not, but pineapple pizza is actually a Canadian invention. The “Hawaiian special” was actually born in Ontario, and the flavor was sparked to life by Sam Panopoulos. He had been experimenting with pizza flavors when he came up with the idea for the now-famous pie, and it was a smash-hit.

They named the flavor after the Hawaiian pineapple brand they used on the pizza along with ham. In the event of Sam Panapoulos’s passing, Canadian prime minister Justin Trudeau made a tweet in support of pineapple pizza.

JT’s not the only one who stands in solidarity with Hawaiian pizza, however. Despite the modern-day controversy, Hawaiian remains to be one of the most popular pizzas, right alongside the classic Margherita pizza. Bacon and extra cheese are still two of the most popular toppings, but pineapple takes the #3 spot alongside pepperoni and mushroom for pizza delivery in Long Island City.

While many people argue against fruit on pizza, who can deny the power of pineapple? The sweet, tangy flavor or pineapple combined with the savory taste of pizza — it’s a match made in heaven. There’s no argument; pineapple definitely belongs on pizza. Over 200,000 people chose pineapple as an additional topping last year, and 825,000 pineapple pizzas were sold total.

Who can object that kind of evidence? At Bella Via, we feel confident in our decision to keep pineapple on our list of available gourmet pizza toppings – right next to the San Marzano tomatoes.

However, a great pizza is tailored to its eater, and there’s no push for pineapple on all pizzas. Pepperoni, peppers, and onions are still some of the most popular pizza toppings, and not everyone is on the pineapple bandwagon yet. It might take some time for Hawaiian pizza to overtake more classic flavors like Four-Cheese and Margherita, but there’s no telling what the future will bring.

Whatever our choice in toppings: once the fresh pie comes out of the oven, everyone can get along for a fresh platter of pizza. In the meantime, pro-pineapple and anti-pineapple debaters can agree on one thing: Anchovies belong nowhere near an authentic Long Island City pizza. (Uh oh. Did we just start the next big pizza debate?)

The Perfect Father’s Day – Take Dad to Bella Via

Why Bella Via pizza is the best in Long Island City

Get all latest content delivered to your email a few times a month.